Dina: My lungs are burning! I should take my ‘bill’ right now?
Amena: There is no ‘bill’ to pay now! What you are talking about?!
Dina: Pay what?! I mean my medicine!
Amena: Ahhha! Your ‘pill’, Dina! For God’s sake, pronounce correctly! A single mispronunciation can ruin the whole meaning of the word!
From the beginning of the creation, language is the human communication tool used to decode the messages we mean and want to send to each other to understand and then act accordingly. Any mistake we make in the language consequently causes a mistaken meaning or misunderstanding. Thus, learning the right language details and using them correctly ensure us implicit meaning and an understood message as a result.
There are countless languages of the humanity, yet here we are talking about the Arabic language particularly, Why Arabic? Because it is the language of the Holy Qur’an, Allah’s Book, our Lord’s message to us; Allah says: Indeed, We have sent it down as an Arabic Qur’ān1 that you might understand. [Yusuf: 2]. Then, according to Arabic,
What Is Meant by Tajweed?
Why Is It Critical Specially When Reciting Qur’an?
How to Learn Tajweed?

What Is Meant by Tajweed?
In Arabic, Tajweed derives from the verb Jawada which means ‘to do something properly’ or ‘to be skillful/ expert at something’. In the terms of reciting the Qur’an, Tajweed refers to the study of reciting Qur’an flawlessly, giving each phonic and pause its due, exactly as the Prophet, peace be upon him, was reciting it, exactly as it was descended on him through Jabriel, peace be upon him too.

Why Is It Critical Specially When Reciting Qur’an?
As mentioned above, mastering any language is the certain way to send and receive its messages correctly, avoiding any possible misunderstanding. Without a doubt, Qur’an is the most significant message that we absolutely need to understand to act accordingly, as it is our Creator’s message to us and our guidebook through our lifetimes on this earth and to the hereafter; Allah says: It is He who sends down upon His Servant [Muḥammad] verses of clear evidence that He may bring you out from darknesses into the light. And indeed, Allah is to you Kind and Merciful. [Al-Hadeed: 9].
It is agreed upon that reciting Qur’an with Tajweed is obligatory to every Muslim who recites Qur’an, as it was descended originally with Tajweed. Overtime, the Arabic language nowadays has been changed from the classical Arabic in which the Qur’an was revealed. Therefore, learning Tajweed becomes a necessity.
Following the Tajweed rules while reciting Qur’an gives your mind and heart the opportunity to slow down and contemplate the verses of Qur’an, to disconnect from the worldly hustle and bustle and to connect with Allah’s mercy, guidance, and reverence. In other words, the best recitation is that which draws you nearer to your Creator. It was narrated that when the Prophet, peace be upon him, was asked about the most beautiful recitation, he replied: “The one of whom you think when you hear him recite that he fears God.” (Sahih: Albani). Moreover, Allah rewards you whether you become skillful at reciting Qur’an properly or you are still struggling to be; the Prophet, peace be upon him, said: “The one who is proficient in the recitation of the Qur’an will be with the honorable and obedient scribes [angels] and he who recites the Qur’an and finds it difficult to recite, doing his best to recite it in the best way possible, will ` rewards.” (Sahih Bukhari and Muslim).
How to Learn Tajweed?
Realizing the essential significance of Tajweed, the following question can cross our mind: How to learn Tajweed? You can learn it from the Tajweed simplified books, you can be tough them by a Qur’an teacher, or rather learn them online easily and perfectly through our course [the Tajweed course] in iiman Academy! Click here.

Goodness to Parents In IslamAhmed: Did you really hit Hisham’s car?!Bahaa: mmmmm. Yes, I did.Ahmed: How could you do that?! Why?! You are a good… 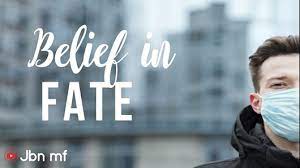 Ahmed: How are you doing today?Ehab: Ughhh! I hope to get better soon! My arm pain is killing me!Ahmed: Sure! I wonder how you could…

Kitab Allah Academy gives you the chance to plan your own course.